back to XmlBlob main page

You are required to download this collection of XML samples in order to follow this practical example.
A pre-build executable of spatialite_gui 1.6.1-beta (win-x86) fully supporting XmlBlob and XPath is available for download.
Linux users can easily build their own executables starting from the sources available on the Fossil repository.

Credits: all the ows, sensors and metadata samples were taken from here 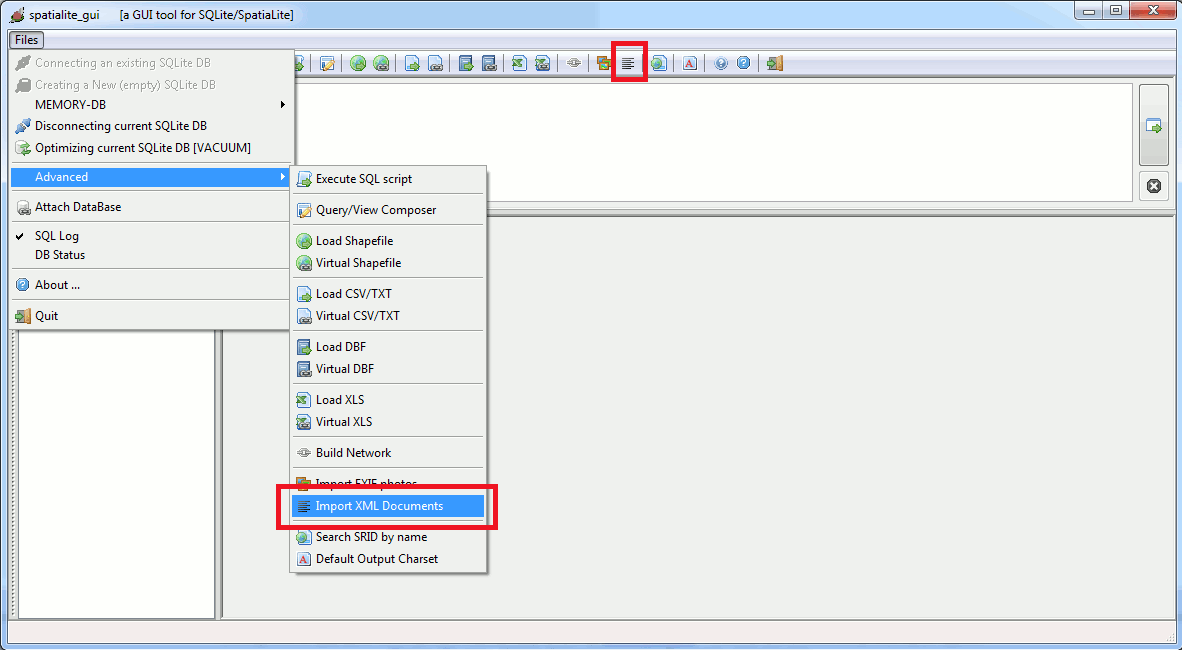 A new GUI tool is available, allowing to import one (or more) XmlDocuments into the DB in the simplest and painless way.
You can activate this tool from the menu or from the toolbar indifferently. 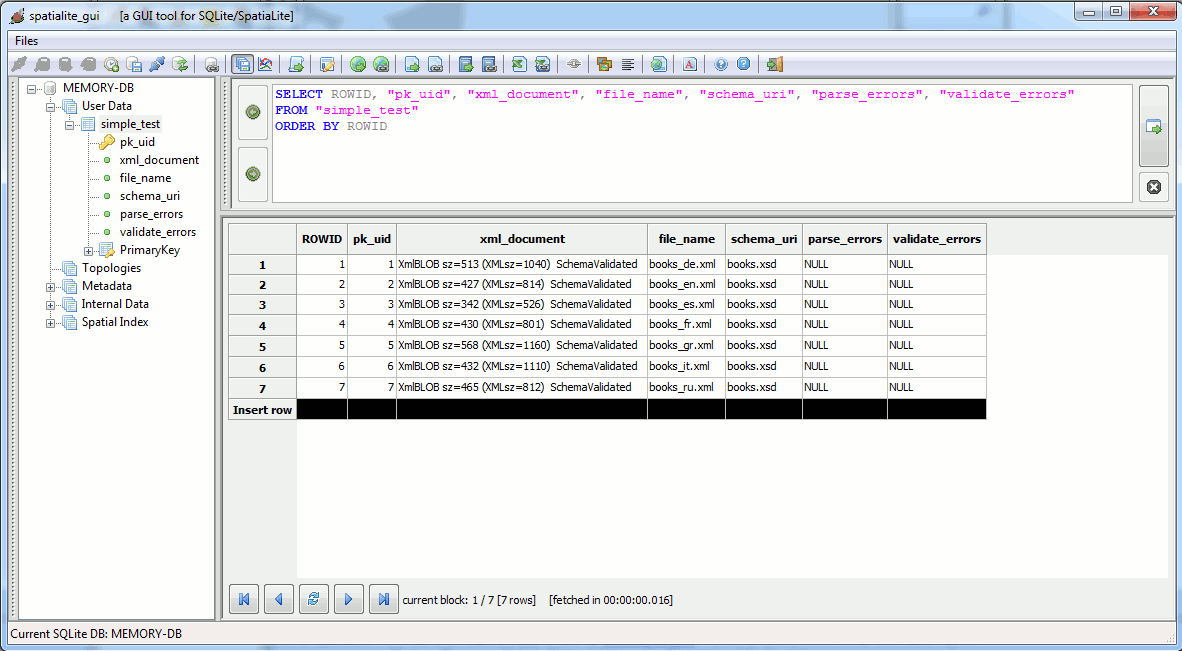 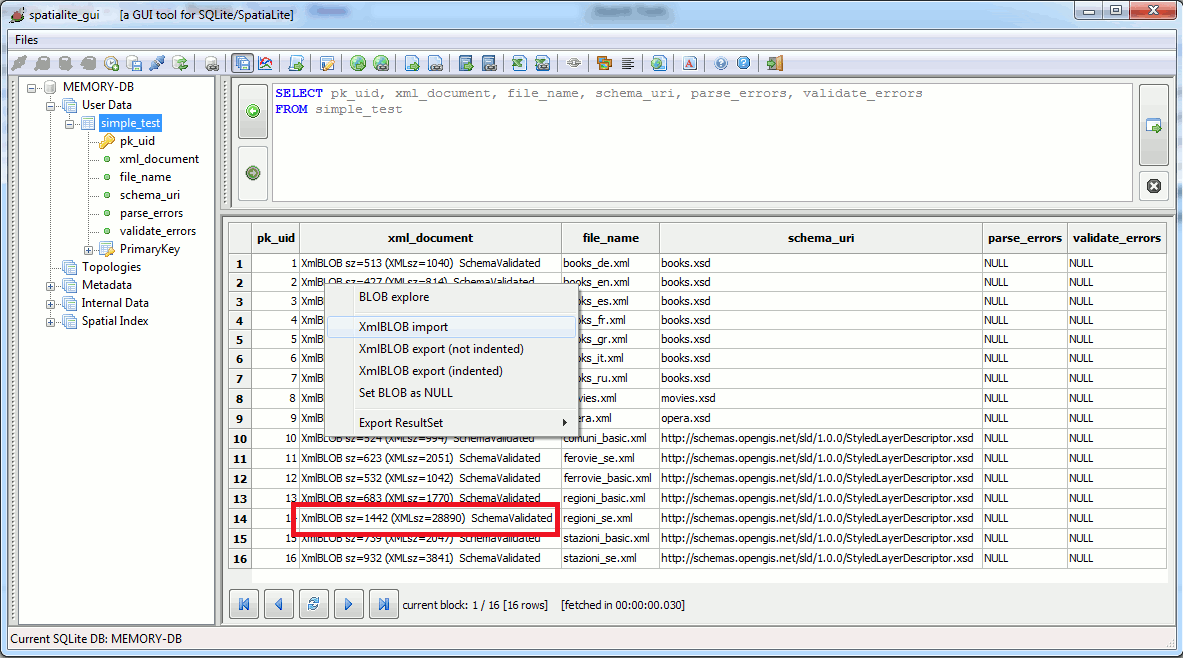 Just another check; few points worth to be noticed: 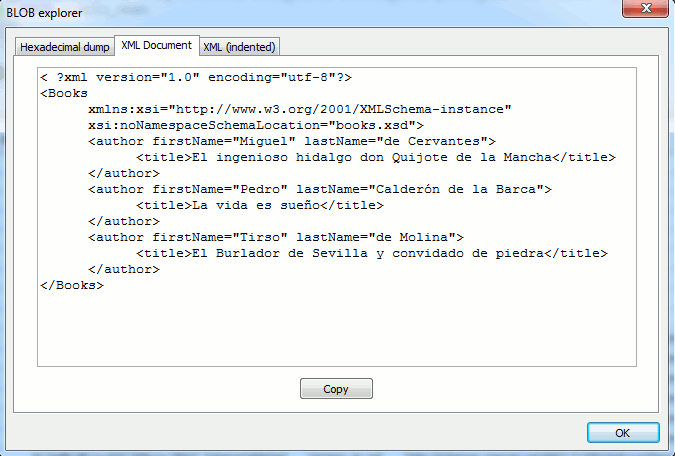 The Blob Explorer tool allows to immediately visualize the XmlDocument stored into the corresponding XmlBlob.
You can eventually choose between the original and the nicely indented formats.


You can anyway attempt to validate these XmlDocuments in a second time.
e.g. the inspire-data-example.xml sample can successfully pass a formal XML validation, as we'll see in the following steps: We'll start first by retrieving the Schema URI internally defined within the XmlDocument itself.
and finally we'll update the XmlBlob by performing a formal Schema validation; we'll update the schema_uri column as well, so to maintain a full consistency. 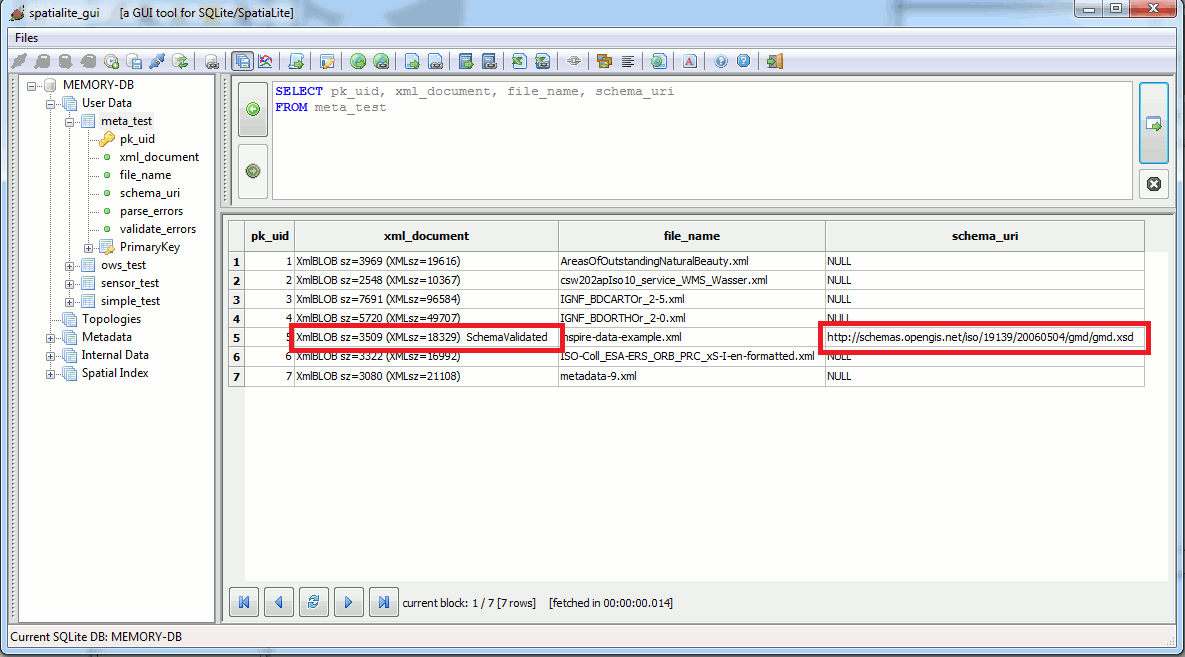 and this is the final result of the two-steps validation.

You could eventually perform a further approach, by importing all XmlDocuments from the ows folder by attempting an immediate XML validation. 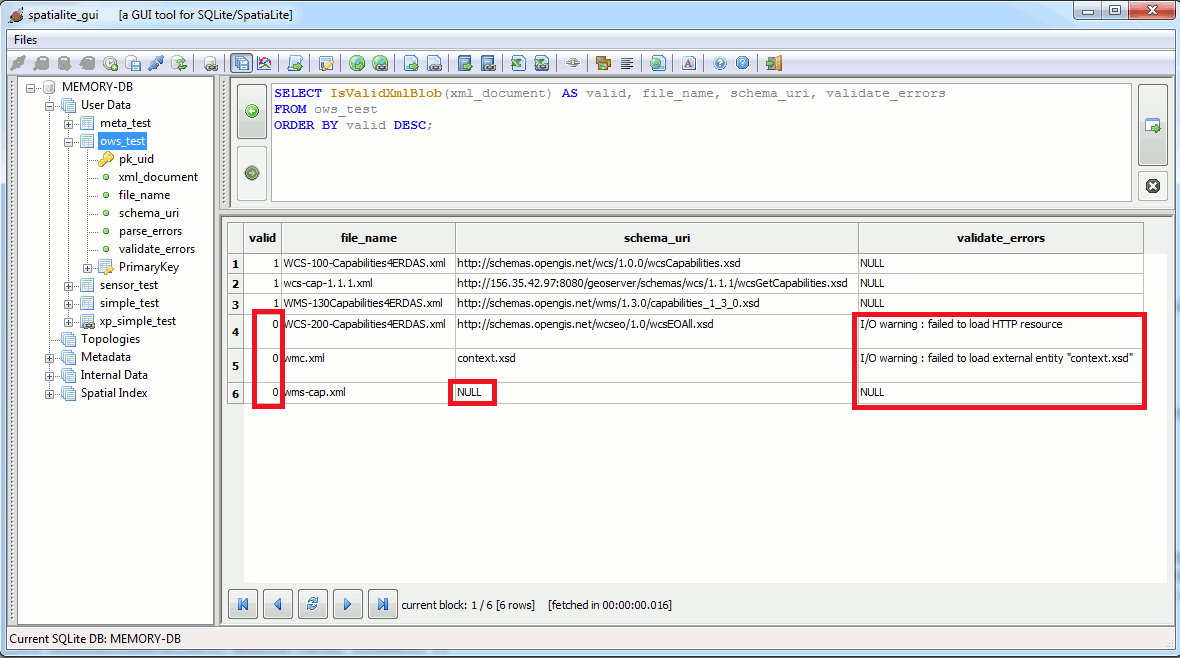 As you can see, three samples were successfully imported but the other three failed.
This is because the XML validation step failed; let's now go discovering why this happened.
back to XmlBlob main page